This online dashboard is part of our high-risk local government agency audit program to identify cities that could be facing fiscal challenges by assessing their levels of risk using various financial indicators. Through this transparent interface, California residents, state and local policymakers, and interested parties will have a data driven view of each citys risk assessment.

At a glance analysis for over 470 cities. 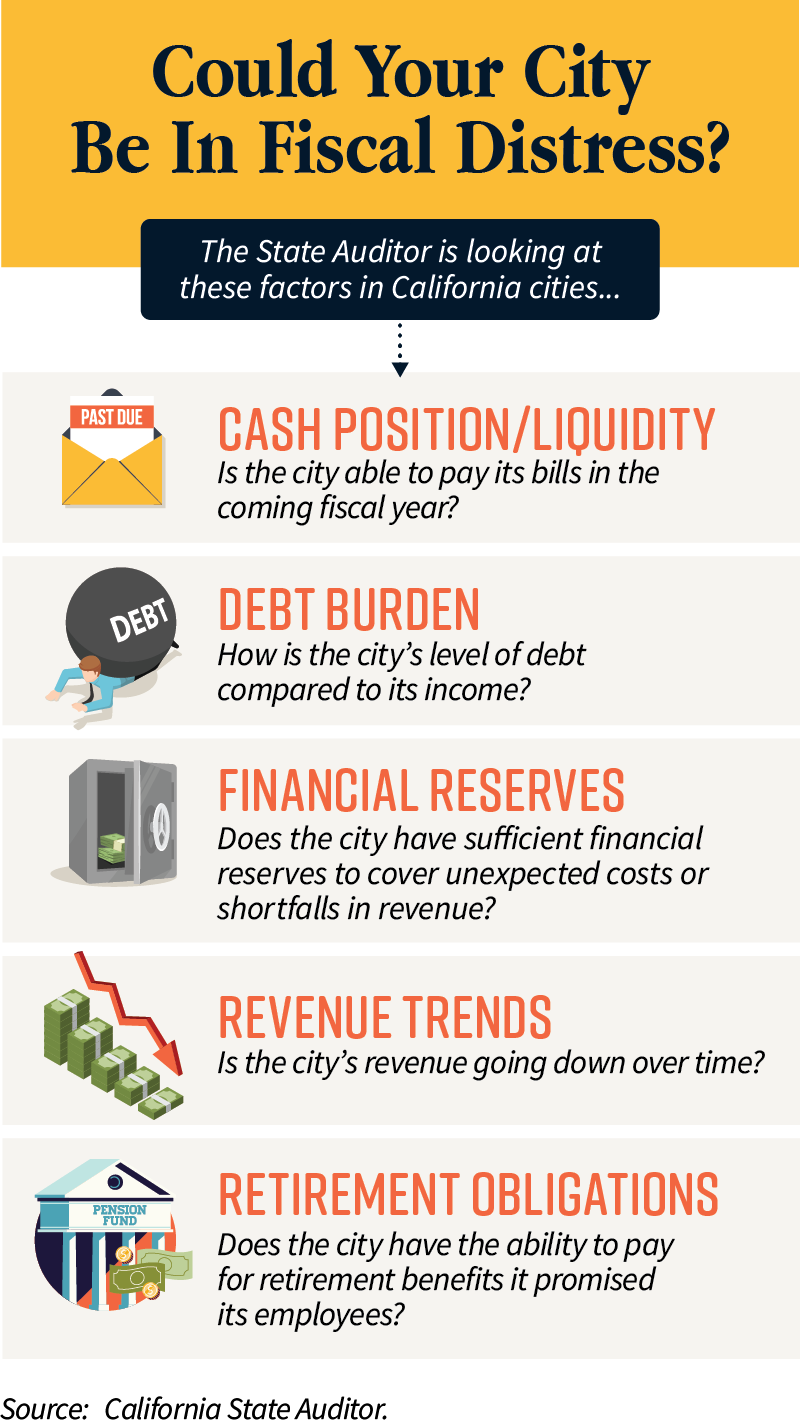 Could Your City Be In Fiscal Distress?

The State Auditor is looking at these factors in California cities ...

Are you a numbers person?

View the full interactive map that shows all California cities

How did the cities rank?

Based on our financial analysis using information for fiscal year 2016–17 (the most current complete information), we ranked the cities by each financial indicator and also gave them an overall ranking which considers all indicators taken as a whole. See how your city ranks by accessing our online dashboard. Through our analysis we identified 18 cities that appear to be facing significant financial challenges.